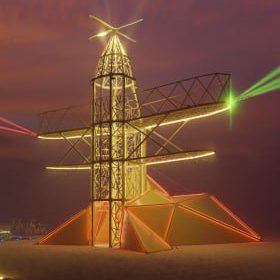 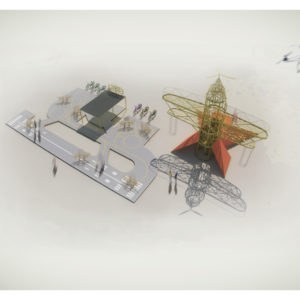 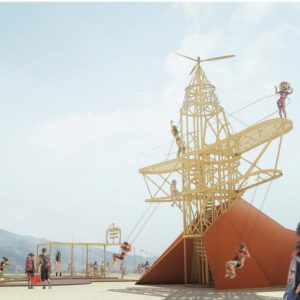 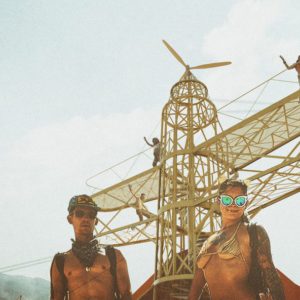 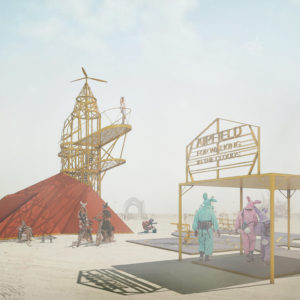 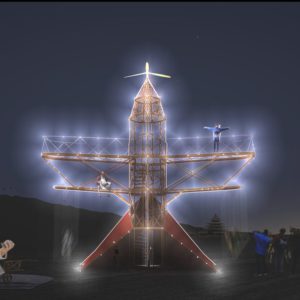 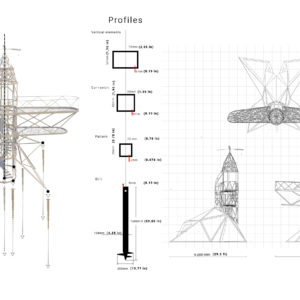 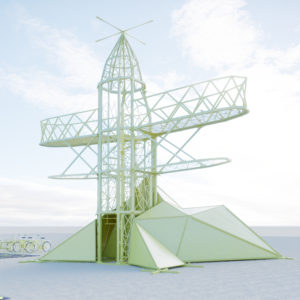 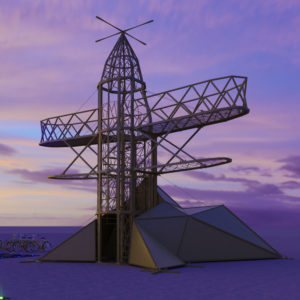 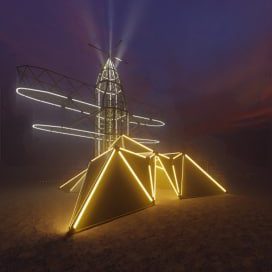 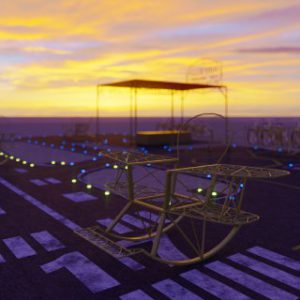 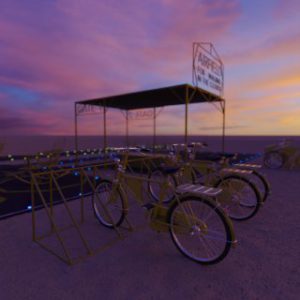 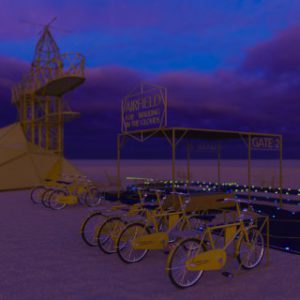 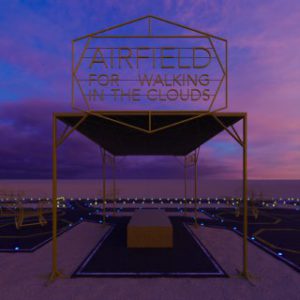 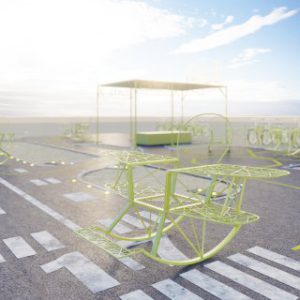 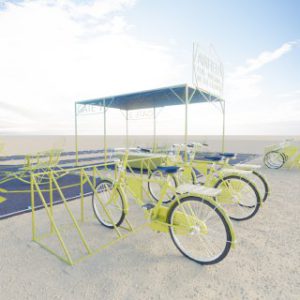 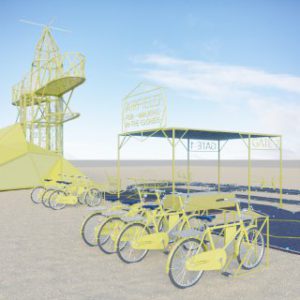 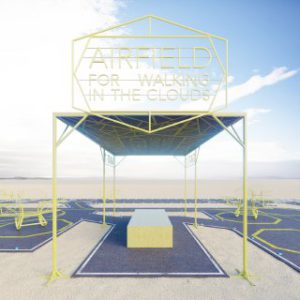 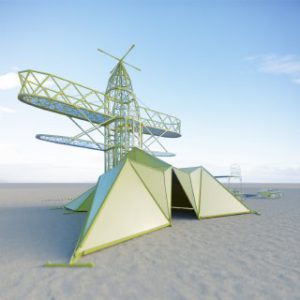 A large-scale art object that will be performed at Burning Man 2023.

The Weld Queen team successfully created the “Airfield for walking in the clouds” at Burning Man 2019 and the Blastoff will be a continuation of this project.
To the already created “Airfield” will be added a new object “The flight control Tower in the clouds” breaking out of the ground and seeking up high the plane. This object symbolizes the inexhaustible pursuit of your dreams and the power with which you can rush to them.

At the top of Blastoff there will be exits to the wings through the aircraft cabin and the residents of Black Rock City will be able to look at Playa from above, dance and enjoy unforgettable views of “Burn Universe.” At the bottom of Blastoff in the “fiery color tail” which is also a tent-shelter from the sun, there will be located a small tea room and chill out. It is a place where any resident of Black Rock City will be able to quench thirst or try to be as a tea master. There will be several rope swings on the wings of the aircraft available to people from earth where they will literally be able to fly under the wings of the shuttle rushing into the sky.

Blastoff will be the link between the Airfield on earth and all the distant parts of the galaxy.

In 2020, the project received a grant from Burning Man under the programme of Black Rock City Honoraria Grants

Approving a grant from Burning Man is a great honor and trust in the project, as well as an amount that covers a small part of the construction of an art object.

The Blastoff tower will be built in 2023 and presented in Moscow in the spring, after which it will go to Burning Man in Black Rock City. Weld Queen gathers a team to create Blastoff and makes an art support camp on Burning Man 2023. If you want to help the project, join, build and fly with us fill in the questionnaire and we will contact you: Questionnaire of the participant “Airfield_2.0_Tower”
You can always write Weld Queen personally and ask any questions of interest.

Blastoff is a follow-up of the project «Airfield for walking in the clouds» from Burning man 2019. 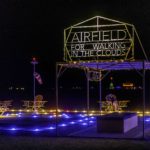 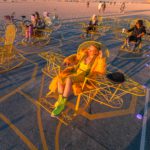 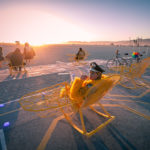 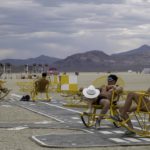 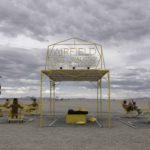 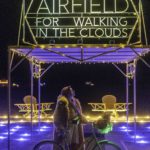