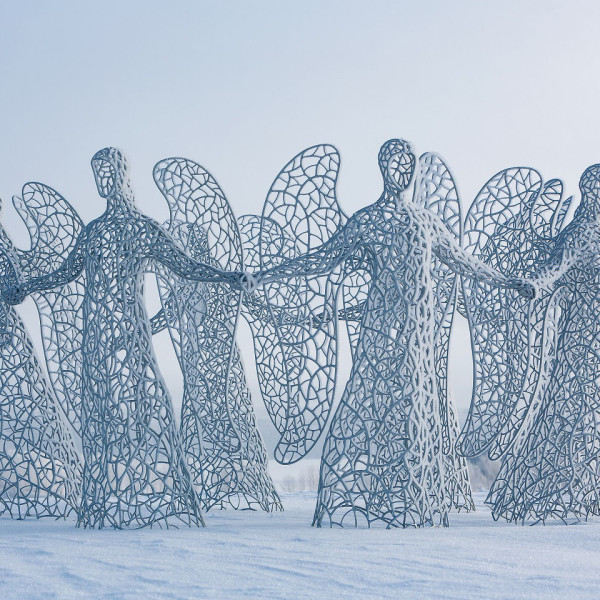 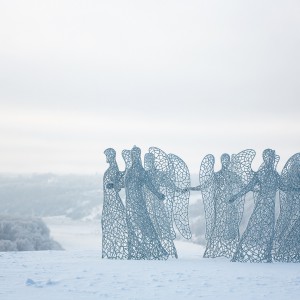 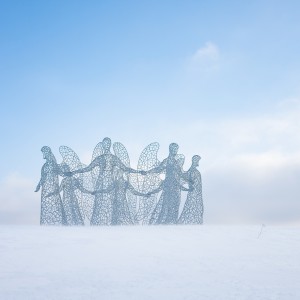 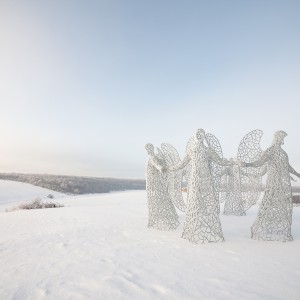 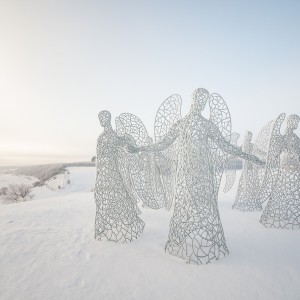 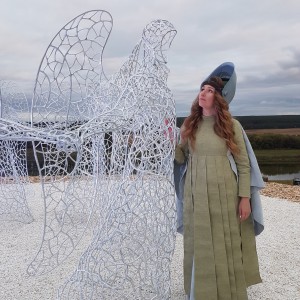 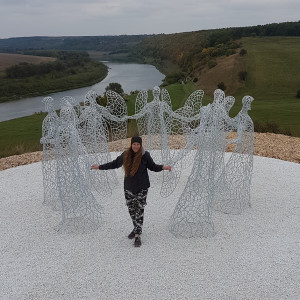 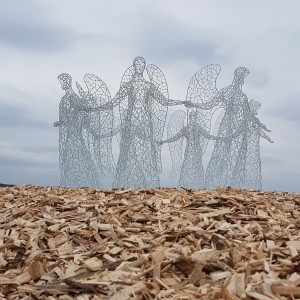 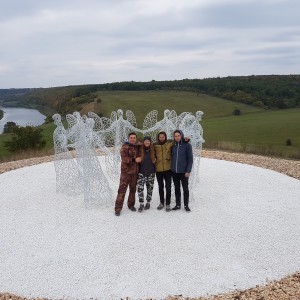 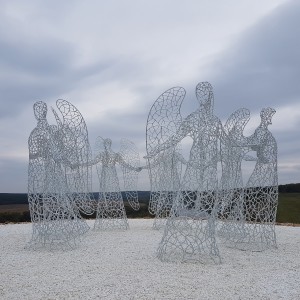 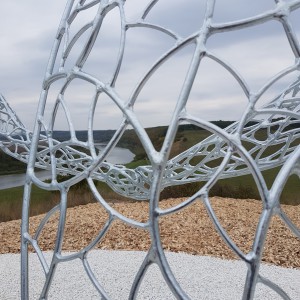 Brothers is a large public art project at the “Kudykina Gora” park in Lipetsk Region; the project is released in September 2017.

The work have been created by Weld Queen during six months, it is a site-specific composition, blended seamlessly in the surrounding landscape. The statuary represents seven angels standing back to back to each other in the circle and holding each others’ hands; there is an empty space on the place of the eighth figure. This place is designed for a spectator: he can close the circle and become a part of the round dance – the sacred movement, symbolically giving energy and spiritual strength to its participants and the surrounding space. The image of an angel is chosen on purpose: in the human consciousness, He is the supreme creature, a guardian, a spiritual guide, “elder brother”, who is always ready to protect and set on the right way.

“The brothers came to me at their own will, as though they had already existed long time ago and they only lacked bodies, – Aleksandra recalls. – I wanted to show through this work that in the modern art, there always will be a place for inexhaustible, vivifying power – that light, powerful ability of a Human being to transform the world inside himself and around him, it helps him reach the holistic and spiritualizing unity”. The structure of each sculpture is airy and firm at the same time: the metal bars symbolize physicality, and the light, pouring through it, symbolizes spirituality. The technique of the sculptures enhances the feeling of ephemerality and immateriality, producing the effect of a mirage or a miraculous vision. As though the artist gives us an opportunity to touch physically something that can be perceived only mentally.

The Brothers have no faces. Visualizing the most abstract light spiritual creatures, they give the spectator the opportunity to endow with missing personal features and see “that very face” in each one.

The sculpture was installed and opened on september 30, 2017 in the nature park “Kudykina gora” in the Lipetsk region.

The sculptures are made of structural steel (a bar with the diameter of 10-6 mm) using the welding method. They are galvanized applying the hot galvanizing method. They are installed on the stationary foundation on the hill of the “Kudykina gora” park. 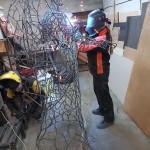 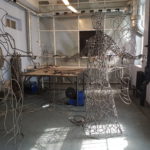 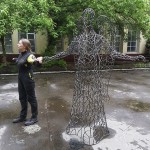